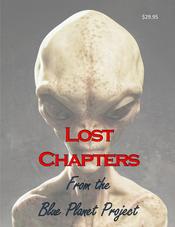 VERY INFORMATIVE BOOK EVERYONE SHOULD READ!

I'm actually surprised you have not been asked to stop selling Blue Planet Project! Anyway, thank you again for making this available to the public! Job well done!​ 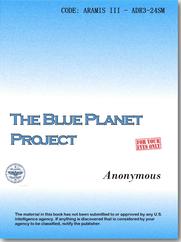 ​Could it be that somebody doesn't want this information released?

And now we are offering you this original BLUE PLANET PROJECT BOOK stuffed full of these notes, documents and drawings.

I'm sure you will be amazed and intrigued by this as so many other readers have been. Some readers have been shocked that we've been allowed to publish this detailed, revealing information.
​
Am I risking my neck by making this available once again?
​
Gil Carlson
​
P.S. Last year, a customer who was very grateful to have finally obtained a copy of the Blue Planet Project, explained to me that he was a UFO researcher and a few years ago he was searching for the Blue Planet Project he had heard so much about.
​
As he attended many of the UFO conferences and was acquainted with most of the speakers, he asked one of the top UFOlogists there if he knew where he could get a copy of the Blue Planet Project and was told that he shouldn’t even mention that book, it was too dangerous to do so. 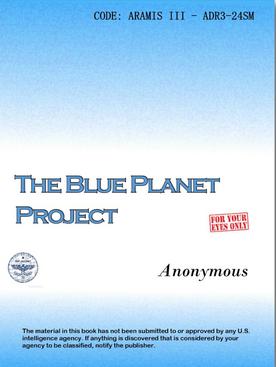 ​​​​Blue Planet Project Book - A book based on the notebook of a scientist working on a top secret U.S. Government program involving alien research.

The Blue Planet Project contains notes and drawings made by this scientist as he visited various UFO crash sites.
​
It is further claimed that this informer may have been at risk of termination before going into hiding and​ disappeared after releasing this information!​
​
Is it true, as some say, that this information was once classified as “Above Top Secret” and that this information was never intended to be released to the public?
​
This book describes, in amazing detail, the inter-relationship between the U.S. Government and several extraterrestrial societies with whom we have working agreements!​
​
​This mysterious Blue Planet Project book has had been out of print for several years and was very difficult to find, and then even banned for sale on Amazon for a time!

The Blue Planet Project has surfaced, outlining decades of cooperation between the U.S.

military and alien forces on earth!

​​​​This Bombshell Book Reveals Activities and Motivations of ET Races Interacting With Humanity!
​
​You are going to get a giant spindle-bound (this makes it easier to lay flat and study all the information crammed inside here) manuscript with 117 big 8.5  x 11 size pages!
​
Plus My Guarantee that if you decide this isn't for you, return for a full refund!