​you will claim this Book of Alien Races is life changing, maybe even world changing!

Possibly one of the most revealing and controversial documents originating from Russia has now been made available to you in print!

Has this book put us a giant leap ahead in the search for answers about the extraterrestrials? That’s a question you will have to answer for yourself, but I guarantee you will not be the same after reading this information and examining the many facts, photos, illustrations and drawings.

Ever since “The Book of Alien Races” was translated from Russian into English by Dante Santori, a former special forces sergeant from Europe, this secret book has created a major stir among researchers.

The USSR, throughout history, has been a treasure trove of information on ETs and their craft. We’ve long had hints on their abilities to obtain UFOs and make contact with aliens. But this information was well-hidden behind the Iron Curtain. Now, with the release of this book, all that has changed!

The original 1946 book was written to inform KGB agents of the various alien races who had visited our planet and also was used as a notebook by secret agents as they constantly made additions and revisions to the original startling information over the years.

Mr. Santori and his friend Petro found the book when they started to clear out empty boxes from Petro's father's house. At first, they found lots of old documents, all in the Russian language. They started to translate it and found it interesting, with some of the information being sensitive or top-secret. They then discovered The Book of Alien Races! Petro's father told them that high-ranking Russian officials often heard of alien contact being secretly discussed. And that he had received the book from a diplomatic friend of his.

The fortunate reader of this book will be imbued with knowledge of alien species, descriptions, their ships and place of origin, as well as information on how alien races have contributed to human evolution here on Earth. You will also discover the negative aspects and possible intentions of some alien races.

And there’s more, such as information on UFO crashes, Russian contact with aliens, Russian attempts to build their own alien craft, and an amazing section containing communications from aliens! These contain information on the history of humans on Earth, contacts and intervention by different alien species, advice and some predications from aliens!

I’m sure you have heard of this book lately. There have been tidbits of information from this book revealed on YouTube and social media. But now you have the opportunity to get the printed version of the complete book!

I put a great deal of effort into bringing you as much information on these subjects as I possibly can, no matter what the source or whom I may upset. But I must tell you that there are certain agencies and groups (even off-planet) that can get riled up over coverage of certain things, subjects that may surprise you.

While I am not easily intimidated, there have been a couple of times where I have been advised to stay away from revealing certain information or covering certain subjects.As I have been getting ready to release this book, I’m getting a funny feeling, there just seems to be something in the air. It may not mean anything, but I just want you to know that I reserve the right to pull this offer at any time.
​
Gil Carlson

Prices slashed today on this

You are going to get a giant comb-bound government report style manuscript with 138 big 8.5  x 11 size pages! 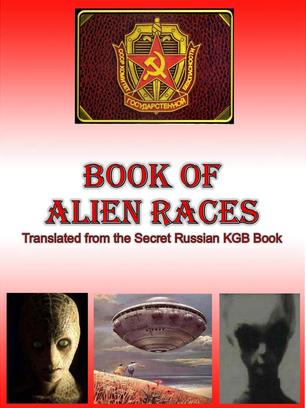