You are going to get a giant spindle-bound (this makes it easier to lay flat and study all the information crammed inside here) manuscript with 96 big 8.5  x 11 size pages!

Obviously Jefferson had access to high security information, whether legally or illegally, we may never know. Originally, when the Blue Planet Project was first published, there were claims that he was a U.S. government scientist involved in retrieving crashed UFOs and the alien occupants. But Jefferson has told me that he never worked for the U.S. Government but was very skillful in obtaining valuable information.
​
A couple of months ago I published a book called the Blue Planet Project Conspiracy in which I revealed my finally locating Jefferson Souza, and revealing what had happened to him and where he was and how he got there. Plus I share a number of letters I received from him.
​
If you haven't read this yet, I'm sure you will find this very interesting and informative. More info on this book is available at:
http://www.blue-planet-project.com/Blue-Planet-Conspiracy.html
​
Now we are further along and we have the actual book written by Jefferson Souza. Please understand how exciting this, after 20 years of mystery and intrique we have this book available. The original Blue Planet Project Book is a classic and was the basis for stimulating research by many researchers based on the information in the book.
​
Now don't get me wrong, the Blue Planet Project was, and still is a great book and many folks still can't wait to get their hands on it, and some folks still wonder if it is even legal to be reading it, but...
​
This new book, The Blue Planet Mandate, is so much more! Kind of like going from the first flight to the space age!
​
And Jefferson Souza is a great writer, To me it's kind of like reading Whitley Streiber, as Jefferson takes you from when he was first contacted by the aliens at age seven and over the years was taught many things. He believes this set the groundwork for his research and that he received valuable help and guidance from them as he learned about their mission.
​
And if all this isn't enough, I'm even offering this book to you a discounted price today! Maybe this is a little crazy, offering a powerful book like this, I shouldn't have to discount it, I just want make sure you don't wait to start reading this book.
​
Gil Carlson 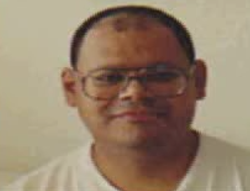 YOU COULD CALL THIS THE BLUE PLANET PROJECT 20 YEARS LATER!

My friend, this is so amazing I just couldn't wait to finish editing it and get it into your hands!
​
Finally we have the real answers to what the aliens are doing here, how and why they contact and abduct and transport humans.
I'm sure you have often wondered who they really are, what are they, where are they from, how long have they been here, are they benevolent or are they here to destroy us?
​
What methods do they use to get to our planet? How many different groups of aliens are there and what are their different characteristics? You are soon going to get your answers to these questions and so many more!

Jefferson Souza has blown the lid off the Alien Conspiracy!

​
No wonder the government wants to keep him locked up!
​
He definitely knows too much and could do tremendous damage to the plans of certain groups that hold power over us humans! I have been told by someone that knows Jefferson well that he may not even know how important some of his knowledge really is and those in power need to keep the lid on it.
​
As you well know, it all started with the Blue Planet Project Book, created from Jefferson Souza's research notes that date back some 20 years or so.
​
If you haven't read the Blue Planet Project Book, find out more about it at:
http://www.blue-planet-project.com/
​
Jefferson Souza had been deeply involved in alien research, had numerous connections with some of the top names in alien research, government insiders, and leaders of foreign nations who had their own agendas for taking advantage of his knowledge and abilities to gain it.
​
There have been rumors that when he was finally arrested by government agents, he was carrying a diplomatic passport issued to him by the Venezuelan government. (I have been told by someone who saw it that this is a real story and it was authentic. 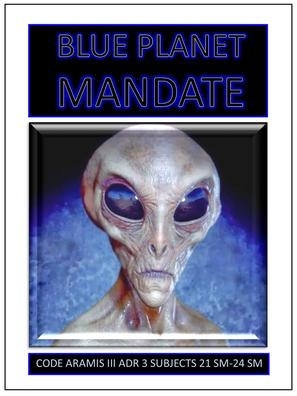