​​​All the secrets the government doesn't want you to know!

This amazing book was written to answer your questions and mine about what the government is secretly doing for us and to us. My friend, this is the most powerful, revealing book ever written by me and most likely anyone else.

Yes, I realize that the government doesn’t like their secrets being revealed, but somebody had to do this, we needed a book that included the most recent secret projects all in one place!​

Wait till you see some of the photos (that I probably shouldn’t have), you will be shocked that this stuff really exists! The CIA Director claims that they no longer use waterboarding, but watch them bring it back just so they can use it on me! Don’t be surprised to find this site down in a few days. Yes, they can do that, they could even attack my servers with a drone!
OK, now let’s get on with the revealing: You know those strange craft that have been spotted in our skies? The ones that we are unsure of what they are and whose they are? Well I’m going to tell you all about them. And give you info and photos of ones you’ve never seen and have no idea of what they are. I don’t care if DARPA gets mad at me.
​
Now you’ve heard about the NSA and their spying on us that has been supposedly limited by Congress, I’ll now tell you the truth about what they are up to and what they are doing to you now and how they really have control over your computer!

I can hardly wait until you come out with the next book. I really enjoy reading about what the government and the mainstream media refuses to tell us. 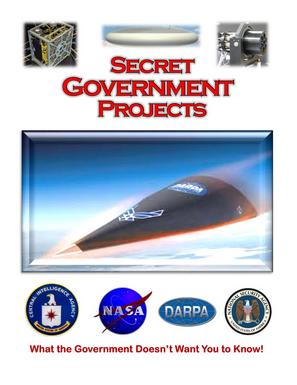 You are going to get a giant spindle-bound (this makes it easier to lay flat and study all the information crammed inside here) manuscript with 154 big 8.5  x 11 size pages!

Not only spying on everything that you do, but damaging your computer if you use software that they don’t like! They have even claimed that they can easily kill you remotely!

You’ll see what DARPA has been creating with billions of our tax payer dollars. You’ll see how some of these projects came from science fiction, dreams and nightmares of writers that no one even dreamed was possible, well now we have them! Are they going to be used against us, our enemies or the aliens?
​
And speaking of aliens, you will see some stuff (I say “stuff” because I don’t know what to call it, it is beyond any descriptive category in my mind) that has to be from aliens. Back-engineered or built with help from the aliens. Did you read the fascinating book “Day After Roswell”? Well that was tame compared to what we are back-engineering today!
​
There is so much to tell you about, but I’m running out of room. In closing, let me give you a hint about some of the mind-control projects that the CIA is working on: So far beyond what they wanted to do in the past. Now they can do all this but from a distance, and we won’t even know what is going on.
​
Instead of drugs to get us to reveal our secrets, they now want to download our memories and examine them on a
computer! They might even be able to remove our memories completely or replace them with someone else’s memories or false ones!
​
Your worst fears are being revealed to you in this book. Writing this book even scared the crap out of me, so I won’t hold it against you if you decide you don’t want to read this book or even have it in your house!
​
Gil Carlson

As usual Mr. Carlson is in the know about secret projects that the mainstream media
do not know or do not want to talk about. I loved it!