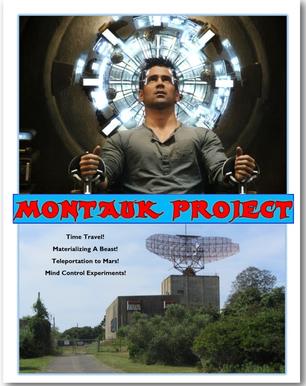 This book is for those who want to pursue and know the whole truth!

We are going to reveal the most amazing and secretive research project in recorded history – The Montauk Project!

And there’s more to this than just the story of the Montauk Base – There’s also Brookhaven National Lab and the connections of these places and events to the Philadelphia Experiment!

The Montauk Project is an alleged series of secret U.S. Government projects conducted at Camp Hero and Montauk Air Force Station in Montauk, Long Island, for the purpose of developing psychological warfare techniques and exotic research including time travel.

UFO researcher Jacques Vallée described allegations of the Montauk Project as a continuation of what happened during the Philadelphia Experiment.

“Why is the government still keeping Montauk a secret?”

As you enter into this book, keep asking yourself that question and be on the lookout for clues that just may prove that the Montauk Project has been kept alive!

I can hear you now saying: “OK Gil, the Montauk Base is abandon and the Philadelphia Experiment is just a distant memory, so how can you insinuate that it may still be alive?”

Don’t forget, I’m not afraid to tap into the vast amounts of hidden information that I have available on the Montauk Base to prove my point that it still lives on, which could explain why the government doesn’t like me.

And it may be a bit risky of me to even hint that the government is still involved in these powerful technologies, but I haven’t let them scare me off an important story yet!

But don’t delay in getting your copy of this, my most revealing book yet, before they try to stop me!
​
Gil Carlson

Montauk base with its mind control experiments for warfare is still alive!

MONTAUK BASE BOOK
on Amazon

You are going to get a giant comb-bound government report style manuscript with 118 big 8.5  x 11 size pages!

Order yours today, I guarantee you will be shocked, amazed and enlightened!

​MONTAUK BASE IS STILL ALIVE! DISCOVER THE SHOCKING FACTS THAT HAVE JUST BEEN UNEARTHED!

With the release of the MONTAUK PROJECT BOOK, the whole story can finally be told!

Brookhaven not only may have inherited the shocking projects from the Montauk Base, but appears to have turned them into the most bizarre assortment of Earth-Shattering discoveries that ever existed in the name science, human control and warfare!

Plus, there are so many rumors that Brookhaven may have been involved in some of the major tragedies affecting not only Long Island, but the World!

In writing this book, I wanted to finally search out the Montauk Base mysteries that have intrigued me since 1981.

I wanted to find out if there really was any justification for believing the unbelievable stories I had been hearing.

What I discovered is that most of it is not only true, but there is more to it than we’ve told! And Montauk Base is still alive today and its tentacles have stretched so far that we cannot escape them!

The following information is so bizarre that you will swear that it could never have happened!

Because these projects are so secretive, gaining hard evidence is very difficult. Over and over again you will run across denials from government authorities claiming that it never happened and offering proof in the way of documents showing that the ships or personnel were somewhere else at that time or that what is claimed just goes against the laws of physics.

However, that doesn't mean these projects never existed and the cover-ups by the government goes to show that it really happened!